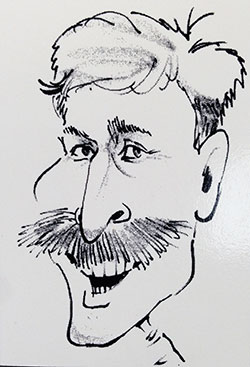 I’ve been thinking a lot about leadership lately.  It’s not necessarily my fault. Hardly a day goes by when we’re not bombarded with the latest notions and pseudo-epiphanies about what a leader should or shouldn’t be. Last year alone, almost 1,500 paperbacks were published with the word “leadership” in the title. If I did my math correctly (and don’t count on it…apologies to my son the math teacher), that works out to four new books a day being published. For its part, Amazon lists 57,136 books on the subject of leadership. There’s so much content out there, in fact, that you could dedicate your entire life learning how to be a leader instead of just being one.

Which leads me to wonder. Are we in such a crisis of leadership that we need others to tell us how to lead? Or are we being hornswoggled into thinking that leadership is something so magical, so rare, that thousands of dead trees must be committed to unraveling its many mysteries?

In this election year, this aura of rarefied leadership is being taken to new levels. Everyone seems to be beating their political chests, trying to look like their style of leadership is the answer to all of our worst fears and woes.

Leadership, however, is in the eye of the beholder as leadership means different things to different people. For years, the concept of leadership was about good management. It was the ability to influence, motivate and inspire people to action. It was a powerful and positive force, one that could lead to greatness, such as landing a man on the moon at a time when a computer filled rooms, not the palm of your hand.

In the world of economic development, some of our best leaders are the quietest. In stark contrast to the bullying and ballyhooing of election year “leaders,” these true leaders simply go about their business, reshaping the economy, and often the world, in the process. These leaders, whether they are entrepreneurs or economic development professionals, have a clear vision of what needs to be done and they act on it with unwavering passion. Their vision is so clear, so concrete, that others jump right on the bandwagon, willing to make untold sacrifices to achieve that same goal, often because of their leader’s inspiration and vision and nothing else.

The truth is, if you have to tell people what a great leader you are, you are probably not a great leader. True achievement requires neither a byline or a headline. And success is not measured by the amount of money in your bank account, but by your accomplishments. Some of the greatest advances in our world have been brought to us by entrepreneurs, inventors and innovators you’ve probably never heard of. These individuals simply go about their business, dedicating their lives to improving ours.

It’s probably time to stop writing about leadership and time to do more to support the entrepreneurs and thought leaders in our community. They are the true path to growing the economy and changing the world in which we live.

After all, anyone can write a book now. I should know. My next one will be out next month.