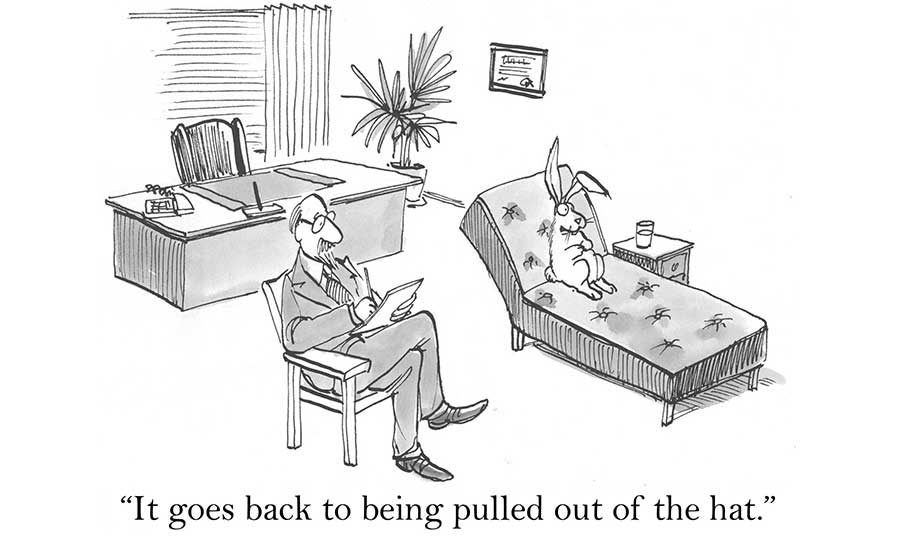 Even though my doctor says it isn’t a “thing,” I am positive that I suffer from Shiny Object Syndrome (SOS).

I’ve been a victim of it all my life. SOS was even responsible for my foray into entrepreneurship. As I noted in the August blog, I became an entrepreneur in 1993, starting a creative services company when I got laid off from a software retailer.

I was only two years into building my original company when one of those pesky Shiny Objects walked into my life one day. Some of our larger clients had mentioned that their videos, audio recordings and films were fading away over the years. Magnetic tape and acetate film have a funny way of doing that.

So ChroKnowledge was born, a company that would take all this analog history and digitize it for time immemorial. The technology was available, there were thousands of potential clients and no competition.

There was just one problem. There was no real demand either.

After a year of struggling to find a single launch client, ChroKnowledge closed its doors with nary a whimper.

I should have known better. Like Chris Carson of the Seahawks, I had committed the ultimate business faux pas, taking my eye off the ball and fumbling away a golden opportunity. All this time and energy could have gone into building my first business, not focusing on a second, unrelated endeavor.

Thankfully, my original company was still chugging along. I had a good staff, a strong portfolio and lots of repeat business. All we were missing was that one thing that would put us over the top.

That “thing” arrived in the form of a call we got one day. A virtually unknown insurance company called out of the blue to ask if we could build a website for them. This was in 1995. The Internet was still in its infancy. The company? Progressive Insurance.

I had to tell them no. But that night, as I drove back home, I said to my business partner, “I think this Internet thing isn’t going to go away.”

For the next three months we used every spare moment we could find to learn how to build websites. After all, we already did the graphic design and writing part. How hard could coding be?

It was harder than I thought. But within those 90 days, I became so versed in html that I still <dream> in it occasionally</dream>. Over the next 10 years, we would develop more than 300 websites for clients all over the world. Website production accounted for 60% of our revenue.

As a business owner, Shiny Objects can be very tempting, especially when a competitor is chipping away at your sales or the market has shifted and your products are about as attractive as an IBM Selectric (wait, those are hip again).

Even CEOs of famous corporations give into those pesky Shiny Objects now and then.

Remember Steve Ballmer’s big bet on Windows phones? Worried about Apple’s iPhone, he bought Nokia for $7.9 billion. A couple years later Microsoft wrote off a $10 billion loss and left the mobile phone space for good. And I won’t even mention the Zune.

I sometimes wonder what the world would be like if Sears had just kept its eye on the ball. Instead of snapping up K-Mart and diversifying – one of the biggest blunders in history – they should have stayed focused on the future of retail. If you think about Amazon in its earliest days, it was merely an online version of Sears. Instead of ordering products through a catalog, you order products online. Instead of picking them up at your local Sears store, Amazon delivers everything to you. The supply chain and distribution and fulfillment process isn’t that much different. If Sears’ management team hadn’t lost focus, they could have owned online ordering. Instead, they let a brash newcomer steal a business model that had worked for them for more than century.

Often, it is easier to reinvent what you have than try to build something new, or worse, try to become something you’re not. Instead of chasing every Shiny Object that comes your way, focus on your core business. Explore new ideas. Innovate. Experiments with new services, products and programs that align with what you’re doing already. Create better operational efficiencies or work on improving customer satisfaction. Or tap into new streams of potential customers you hadn’t thought of before. Don’t react to the marketplace or your competitor. Act. Set the pace and you’ll never find yourself falling behind.

In short, keep your business in a continual startup mode. Famously, Amazon has a building called Day One. It’s to remind employees to think like entrepreneurs every day they come into work. Every day is Day One. Every day is the first day of your business. With a mindset like that, those Shiny Objects won’t even bother to rear their ugly head because you’re too busy minding your own business.

In the Evergreen State, still undergoing occasional treatment for SOS,